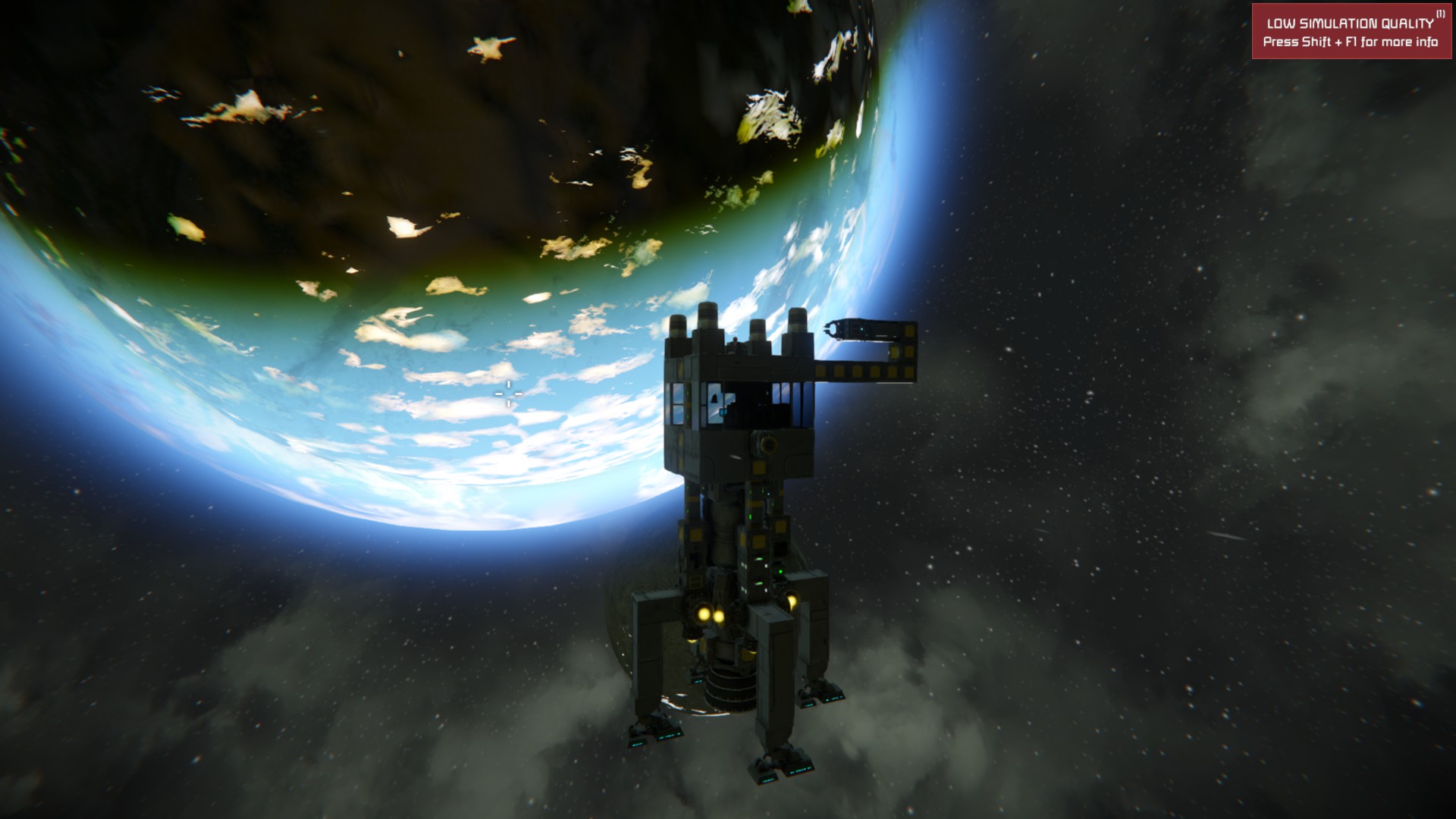 The Officer in question was deployed in a Consortium ‘Virus’ class planetary aid pod to rendezvous in orbit with another captain named ‘Zuluhulu22’.

Although generally against Consortium policy, this officer agreed to meet with Captain Zuluhulu22 inside the gravity well of Earth-Like planet. Consortium Officers are advised to reject waypoints within orbital gravity due to complications that can arise, but the Captain in charge of the mission is empowered to use discretion.

The official video can be seen here.

The rendezvous did not go well, the two vessels impacted, and Captain Zuluhulu22’s survival pod suffered critical damage and had to be scuttled. As for the aid pod, the primary impact occurred on its manufacturing arm which was was sheared off. Some windows were broken but other than that the vessel was functional.

Captain Zuluhulu22 was picked up and they went to the surface to perform repairs on the Aid Pod. Once that was completed, Zuluhulu22 was manufactured a miner and provided with supplies to build a small outpost.

On debriefing, the Consortium Officer claimed that he was ‘blinded by the sun’ and did not see that an impact was going to occur until it was too late. Investigation teams discovered pieces of glass from liquor bottles in the wreckage, but were unable to prove the officer was drinking at the time of the incident.

A formal reprimand has been issued which does include suspicion of piloting a vessel while intoxicated.

Given the success of the mission, however, no further action will be taken.

The Last Battle of the Bahamut