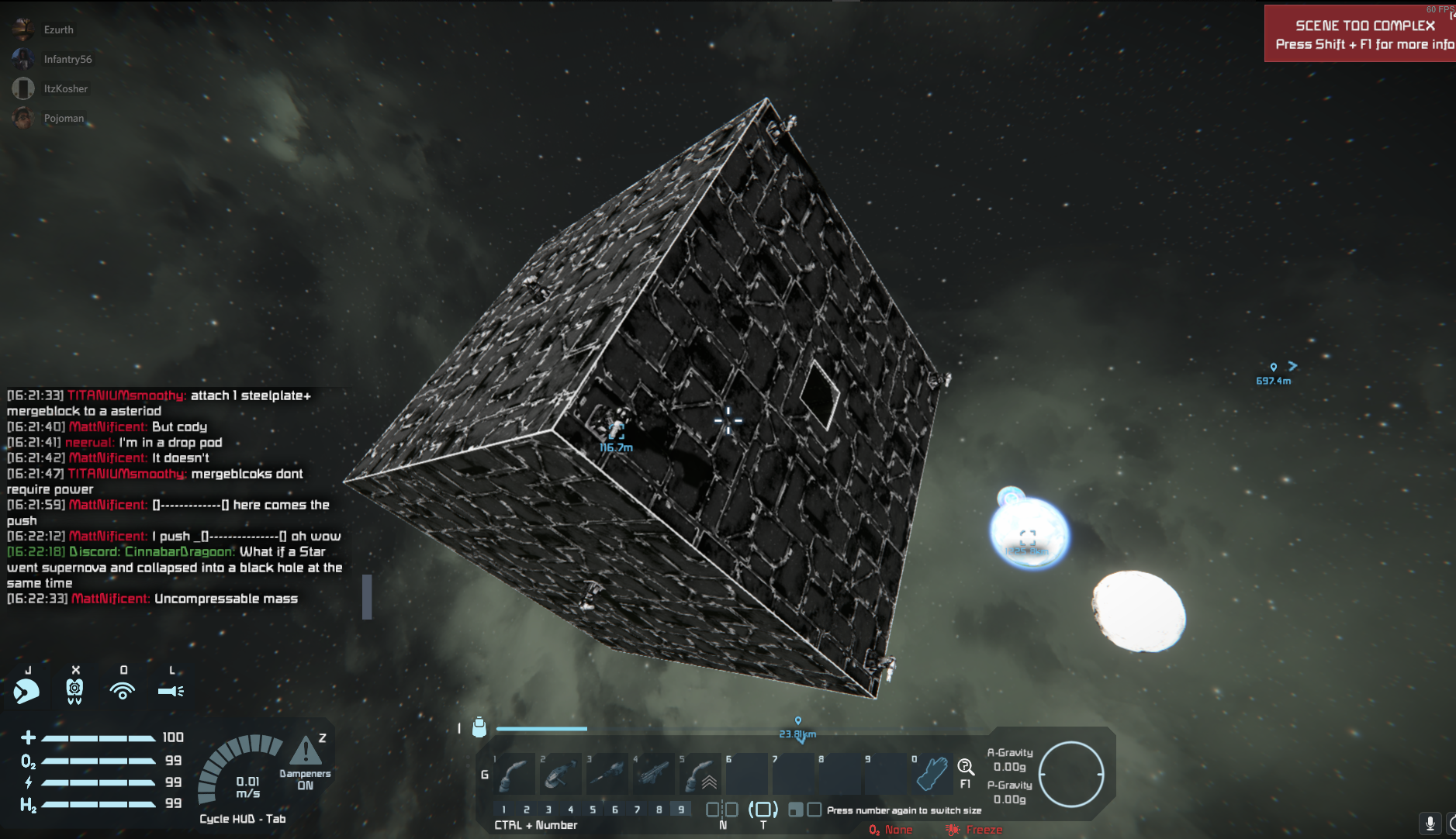 Fellow engineers, I would like to talk to you today about a very special engineer who made the Expanse his home; for a time.

This was an engineer of great potential. Hardworking, studious, persistent. He took great pride in his works and his craft.

Initially, upon arriving in the expanse, he wished to build a drone army. This army was intended to both protect his assets and expand his reach. There was even talk of a joint effort with The Gertronic Consortium to deliver aid to engineers in need.

Unfortunately his research and development teams, after months of efforts, failed when they attempted to make more drones than the single prototype. No matter what they tried, they could not have 2 active remote control blocks at any given time. The reason given was some type of interference from the anomalies that litter the expanse were limiting the bandwidth available for remote blocks to function.

Lesser Engineers, after such a failure, may have given up but not this one. Not this time.

This engineer changed his vision; he would reside in a heavily armored cube that was to be put in stationary orbit around the earth-like planet. Inside his cube he could quickly manufacture a single disposable drone for use in aid missions or otherwise.

His ingenious solution would effectively mitigate the limit of one drone per engineer; if he needed another drone he would simply detonate the active one hogging the limited bandwidth and make another.

All that was left now was for him to jump his cube into orbit.

Unfortunately, the instant he engaged the jump, an anomaly phased through his navigation array, causing it to travel 10km further than he had intended, inside the gravity well of earth.

With no thrust to counteract the effects and no way to jump out, he was caught like a beast stuck in quicksand. His cube started to fall.

You need to understand that this cube was an extension of his ego, It was his magnum opus. During his long fall to earth, he went through all of the stages of grief.

A Consortium ship ‘Olive Branch One’ arrived at the impact point hours later, only to find a dent in the earth.

Investigation revealed that the engineer had put his jump drive on overload and everything in the area, including himself had been vaporized.

This engineer is not the first to react in this manner, and he won’t be the last. This extreme and dramatic maneuver has a nickname among citizens of the expanse. They call it a ‘Rage Quit’, due to how angry you would have to be to take such an extreme action.

It is on you, as engineers here in the expanse, to learn from this great person.

He chased his dreams so fully that anything less than complete success, was a complete failure.

His name was Ezurth, and we will remember him.

The Flight of the Bumblebee (supercut)