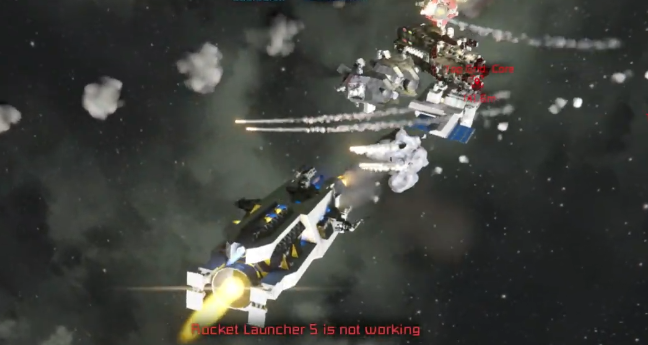 The SSN Taipan-Class Patrol Vessel ‘Chronos’ picked up a long-range signal labeled ‘Core’ and approached it. Upon arrival the Taipan-Class found a space station with multiple ships docked, aswell as an evenly-matched RHO combat vessel. Upon mutually incapacitating one another, both the RHO vessel aswell as the Chronos disengage the fight and leave the area. While the Chronos lies in docks for repairs, the SSN Gaia Taipan-Class also arrives at the ‘Core’ signal, where she then destroys any of the docked ships left, aswell as the station itself, before too returning back to the SSN Shipyards to restock. It is noted that this was the first actual combat engagement of a Taipan-Class Patrol Vessel. While having received substantial damage to its main forward-facing weaponry, the Chronos remained maneuverable and had the majority of all its systems remain intact to safely return back to the shipyards for repairs.